An Easy Way to Remember the Big 5

History of the 5-Factor Model of Personality

Many researchers felt that Cattell’s theory was too complicated and Eysenck’s was too limited in scope. As a result, the Big 5 personality traits emerged and are used to describe the broad traits that serve as building blocks of personality.

Several researchers support the belief that there are five core personality traits.1 Evidence of this theory has been growing for many years in psychology, beginning with the research of D. W. Fiske (1949), and later expanded upon by others, including Norman (1967), Smith (1967), Goldberg (1981), and McCrae & Costa (1987).

While there is a significant body of literature supporting these primary personality traits, researchers don’t always agree on the exact labels for each dimension. That said, these five traits are usually described as follows.

This personality trait features characteristics such as imagination and insight.1 People who are high in openness tend to have a broad range of interests. They are curious about the world and other people and are eager to learn new things and enjoy new experiences.

Standard features of this personality trait include high levels of thoughtfulness, good impulse control, and goal-directed behaviors.1 Highly conscientious people tend to be organized and mindful of details. They plan ahead, think about how their behavior affects others, and are mindful of deadlines.

Someone scoring lower in this primary personality trait is less structured and less organized. They may procrastinate to get things done, sometimes missing deadlines completely.

Extraversion (or extroversion) is a personality trait characterized by excitability, sociability, talkativeness, assertiveness, and high amounts of emotional expressiveness.1 People high in extraversion are outgoing and tend to gain energy in social situations. Being around others helps them feel energized and excited.

People who are low in this personality trait or introverted tend to be more reserved. They have less energy to expend in social settings and social events can feel draining. Introverts often require a period of solitude and quiet in order to “recharge.”

How to Use the Big 5 Personality Traits

Negative personality traits are those that may be more harmful than helpful. These are traits that may hold you back in your life or hurt your relationships with others. (They’re also good traits to focus on for personal growth.) Personality traits that fall in the negative category include:

The universality of Primary Personality Traits

Based on this research, many psychologists now believe that the five personality dimensions are not only universal but that they also have biological origins. Psychologist David Buss has proposed an evolutionary explanation for these five core personality traits, suggesting that they represent the most important qualities that shape our social landscape.

Research suggests that both biological and environmental influences play a role in shaping our personalities. Twin studies suggest that both nature and nurture play a role in the development of each of the five personality traits.2

One study of the genetic and environmental underpinnings of the five traits looked at 123 pairs of identical twins and 127 pairs of fraternal twins. The findings suggested that the heritability of each personality trait was 53% for extraversion, 41% for agreeableness, 44% for conscientiousness, 41% for neuroticism, and 61% for openness.

Longitudinal studies also suggest that these big five personality traits tend to be relatively stable over the course of adulthood. One four-year study of working-age adults found that personality changed little as a result of adverse life events.

Studies show that maturation may have an impact on the five personality traits. As people age, they tend to become less extroverted, less neurotic, and less open to an experience. Agreeableness and conscientiousness, on the other hand, tend to increase as people grow older.

Erin R. Goodrich - January 3, 2023
0
Some people are lucky to have jobs they enjoy, but the majority of people would rather spend their time doing their interests than working. But... 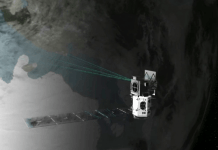