Long passionate kisses. Ripping off each other’s clothes. Frequent sex. Trying multiple new sex positions. Not able to keep your hands off each other. If this wouldn’t exactly describe your current sex life with your partner. You’re certainly not alone.

Most couples experience stronger and more intense sexual urges at the beginning of their relationship (often referred to as the “honeymoon” phase); but as relationships progress, so too does our interest in sex.

It is rare for sexual desire to remain at that super passionate state past the first few months of a relationship. Somewhere between 6 months and 2.5 years, our sexual desire wanes as our relationship becomes more familiar. We become friends and companions, in addition to lovers.

As a relationship progresses we also turn our attention to other life demands like work, and taking care of our homes, social lives, pets and children. Evolutionary psychologists have even suggested our desire has to decrease because we literally could not sustain those early levels of passion and be productive members of our community. We would be late for work, miss out on seeing friends and forget to buy groceries. In essence, life continues and sex is forced to take a backseat.

But that doesn’t mean your sex life is doomed or has be in a permanent rut. In fact, there are plenty of scientifically proven things you can do to reintroduce passion into your relationship.

One of the biggest things found to predict higher levels of sexual satisfaction? Believing your sex life is something that can, and will, fluctuate – and that you can do something to help it get back on track. Specifically, researchers have found that individuals and couples who believe that their sexual desire is destined or that it is “fate” (i.e that lower desire and passion represents a problem in the relationship) are less sexually satisfied, while those who hold a growth perspective (i.e., we haven’t been putting effort into our sex lives – but we could and it might help!) were more sexually satisfied. So holding on to the very notion that your sexual desire and passion will ebb and flow actually leads you to be more satisfied.

In other words, if you’re open to working on your sex life you’re already half way to increased desire and passion. So what are the specific things you can try to increase your sexual passion? There are five big things that passionate people are doing:

1. Take Time To Focus Only On Your Partner

Communication is important on so many levels. And it has been repeatedly and consistently found to be a facilitator of sexual desire. When we talk openly with our partner we feel closer and connected and, for many people, feeling connected to their partner is a crucial step to feeling the urge to engage in sexual activity. We all know how different it feels to sit on the couch and have a meaningful conversation with our partner versus sitting on the couch zoning out on our smart phones. And while the latter is okay sometimes, most often we don’t feel connected in that scenario and sex is less likely to follow. So try taking time away from the other demands that naturally steal our attention (work, social engagements, kids, phones) to open up often and regularly with your partner.

2. Be Open To Talk About Sex

Okay so talking is important. We know this. But talking about sex – what we like and don’t like, what we want to try, and fantasies that turn us on but we may never actually want to try – are all important to help our partner better know what we like so they have a better chance of giving us sexually pleasurable experiences (and vice versa).

It is logical, but something that eludes many couples: if we aren’t having very good sex then we aren’t going to be excited about having it. So focus less on wanting to want sex and instead shift to what would make sex better and more enjoyable. It’s the difference between trying to get yourself psyched up to have cold leftover cheap pizza and the legitimate drooling that happens when you’re anticipating that piping hot gourmet pizza from your favourite spot.

So talk about sex. Even better? Talk about sex while having sex. And make sure that as much as possible you’re using positive reinforcement. Encourage what you like in the moment. It helps your partner learn what to do to please you so you enjoy what is happening. Not to mention that it helps you stay in the moment because you’re paying attention and giving feedback. Which just so happens to be another important contributing factor to sexual passion.

3. Putting In Effort and Make Sex a Priority

One of the wildest myths we hold about sex is that it should be spontaneous and effortless. After all, that’s kind of how it felt when we first started dating.

Except that it wasn’t. Despite how it felt, sex is not (and never was) spontaneous. It just felt that way. When we went on dates we planned them well in advance, put in plenty of effort during dinner to talk and connect. We would wear something nice. And so, if sex followed, it wasn’t really so random.

In longer-term relationships it’s important to remember this and not get discouraged that sex has been less frequent or less fun because you haven’t found yourself suddenly in bed with your clothes off. Find time to be together. Schedule it. If one of you works late and the other gets up early, find a day that you’re both home at the same time and make that your sex day. If you haven’t had sex in a while. Talk about it. Say – “lets try to make that happen tonight”. Knowing that sex is on the horizon can even help the anticipation build and feed into those passionate feelings.

4. Doing Something New and Exciting

It’s easy to fall into a familiar sexual routine with a partner. We find out what we like and we often keep doing it. Again, and again. And again.

And while that’s all good and well, every now and then it’s important to invite some freshness into your relationship. And that’s because this mimics some of the excitement that occurred during that honeymoon phase we talked about earlier. When we start being sexually active with our partner everything is new and different. Everything we try is fresh and exciting. So inviting some of that newness feels fun and exciting and also reminds us of passionate times of the past.

Maybe it means trying a new position. Maybe it means having a quicky in the morning before work instead of waiting until Sunday afternoon. Or maybe buy a new sexy pair of underwear.

It’s easy to let our mind wander during sex. We may make a to-do list for what we need to get done tomorrow or can replay an awkward or unpleasant conversation at work over and over again. But when we do this we don’t tune into the sexual sensations and we miss out on potentially pleasurable feelings.

But staying mentally present isn’t always easy. Some therapists recommend that if you practice mindfulness (observing your thoughts versus judging them) and slowly and surely take in each touch and caress (and not rush through sex) that desire and passion increase. You can try this even during sexual foreplay or holding hands. If you catch your mind wandering just invite it back to the moment and focus on your senses and those sexual sensations.

Ultimately there is no magic potion to keep passion alive. Sex, like all parts of our lives (romantic, professional, social) takes effort. And putting in that effort, through communication, mental presence, positive sexual feedback and trying something new could just give your sex life that boost you’re looking for. 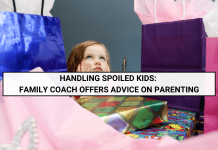 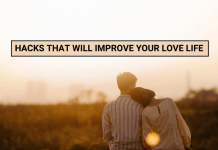 15 Signs That Prove Your Friendship is the Real Deal 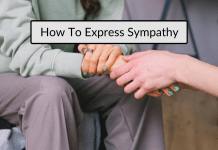 How To Express Sympathy: What To Say And What Not to Say

15 Signs That Prove Your Friendship is the Real Deal